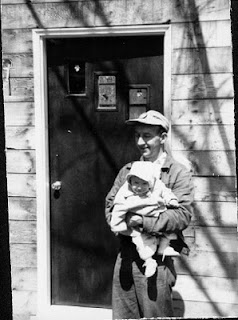 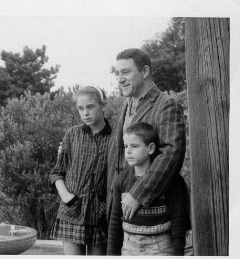 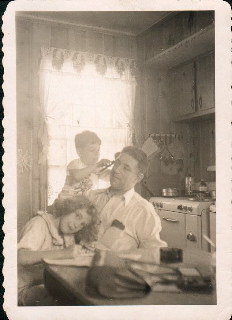 Have a great day!
Betty 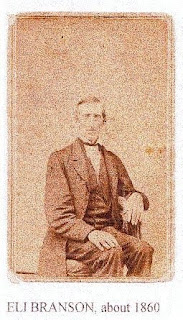 My gg grandfather, Eli Branson Frazier, a Quaker,  Thorntown, Boone Co IN
The last few weeks I have spent time a lot of time revisiting my numerous Quaker ancestors, and updating my online family trees with new information--thanks to Susanna Epler and Sallie Hughes from our Anacortes genealogy group,  who are also descended from several Quaker families, and have provided fascinating new sources-- including some from Yorkshire, England!

AND after a run-in with a skeptical 23andMe Relative Finder contact--who didn't believe that WEST could be a Quaker surname, or that Quakers lived in North Carolina--I decided to compile a list of some of more well-known Quaker surnames from Chester Co PA, Bucks Co PA and Guilford Co NC.

While I don't claim to be an expert in Quaker genealogy--and I'm sure someone else has done this already--  I just wanted to put this list up on my blog for others to use as a reference,  along with some of the more commonly known Quaker settlements.  Some of the surnames are unusual and immediately recognizable.

This is not a complete list by any means, and it's not alphabetized!

Note: Many of these families migrated to Guilford Co NC around 1754.

Note: Many of the Guilford Co NC families & entire monthly meetings moved to the midwest in the early 1800s: Indiana, Iowa & Ohio.


Note: Several of these families migrated to the midwest by the 1800s.

Some of the locations of early Monthly Meetings pre--1800:


There were many more, of course.  Often entire congregations would move together, as can be seen with the New Garden MM, which left Chester Co PA and settled in Guilford Co NC.

And another note:  In my Quaker family, especially in the 1800s,  parents seemed to like to name children after other members of their monthly meeting.  Sometimes they were related, and sometimes not.  For instance, my grandfather's full name was ALONZO COX HUBER, and he was named after his mother's first cousin, ALONZO COX b 1857, son of JEREMIAH COX & ELZENA FRAZIER.

My great great grandfather  ELI BRANSON FRAZIER b 1826, was likely named after ELI BRANSON b 1776,  of Cane Creek MM, in NC ( I have not yet found a family connection between the BRANSONs & the FRAZIERs).  In fact, all of ELI's siblings were named after other Quakers.

If anyone has anything to add to this discussion or if  you'd like to add to the surname or location list, please let me know!

Over the past eleven years, I have been working hard on my family's genealogy. And yes, while I have learned so many facts & stories about my ancestors, I have also made many mistakes in my family trees.

Sometimes they were my own silly transcription errors, misread dates, or location errors, discovered later while going through my Rootsweb or Ancestry.com online trees.  Sometimes the mistakes stemmed from misinformation given to me by family members, which later proved false when I actually did some research.  And, unfortunately, sometimes the errors came from published sources.

The most recent and daunting mistake that I had to correct involved the SHRIVER family. My ggg grandfather was LEWIS SHRIVER born between 1785-1790 in Maryland,  died April 1831 in Ross Co Ohio. His wife was SUSANNAH LUCKHART, and their eldest son was FREDERICK WILLIAM SHRIVER  b abt 1810 who married ELIZABETH SCHRECKENGAUST; they died in Cass Co IN.

In my initial research, I was able to trace this SHRIVER family in Ohio and beyond, but could not seem to connect them with the SHRIVER family in Maryland.  The likely progenitor was JACOB SHRIVER who died 1794 in Anne Arundel Co MD.  He did have a son named FREDERICK WILLIAM SHRIVER, and at least one grandson with that name. Actually there were several of that name in descending generations, as well as many named LEWIS SHRIVER--a very popular monicker.

The only source that I could locate on the family of JACOB SHRIVER of Anne Arundel MD was "A History of the Shriver Family" by Harry C Shriver, which was  published in 1962.  Actually, I was thrilled to find it.  My questions-- I thought--would be answered!

Also listed in the book was   FREDERICK WILLIAM SHRIVER b abt 1790, son of LEWIS SHRIVER b abt 1750 (Rev War, Adams Co PA) & MARY SHEETS,  and grandson of JACOB SHRIVER. Harry Shriver indicated that this person was  the progenitor of the SHRIVER family in Ohio.  And he had a son named LEWIS SHRIVER.

This was it!  I thought. I'd found the connection to the Maryland family.  I gleefully added a couple hundred people to my family tree ( a big mistake), feeling very proud that I'd uncovered yet another line.

But the problem was, FREDERICK WILLIAM SHRIVER, son of LEWIS SHRIVER & MARY SHEETS, was not the progenitor of "MY" Shriver family in Ohio--as I found out later, after much more extensive research on the Internet. (In defense of Harry Shriver, he did not have the Internet back in 1962. But on the other hand, he did not even mention my midwestern branch of the Shrivers, which is both sizable and in census records!).

FREDERICK WILLIAM SHRIVER, son of LEWIS SHRIVER & MARY SHEETS, settled in Columbiana Co Ohio, and never set foot in Ross Co Ohio.  His son LEWIS SHRIVER lived all his life in Columbiana Co Ohio, and can be found in census records there.  He was not the same person as my ggg grandfather LEWIS SHRIVER, a miller who died 1831 in Ross Co OH, who in his will left his mill to wife SUSANNAH, and had numerous children, one of which was my gg grandmother CATHERINE SHRIVER HUBER.

So who was my LEWIS SHRIVER's father?  Actually, after years of research, I have found baptism records which make me believe that it was actually FREDERICK WILLIAM SHRIVER b Feb 4, 1744 Anne Arundel Co MD,  who married 1st) MARIA ELISABETH BEYERLE and 2nd) in 1794  ELIZABETH SEESMAN.  He lived in Emmitsburg, Thurmont & Creagerstown, Frederick Co MD. According to the 1790 Frederick Co MD census, he had a wife, three young sons and one slave.  The baptism records of Apple's Church (Lutheran), Thurmont MD, shows sons PHILLIP SHRIVER born Feb 8, 1780 and JACOB SHRIVER born Dec 25, 1783.

There was no baptism record for the third son.  I'm still researching this.  But there are numerous reasons why I believe this is the family of my ggg grandfather  LEWIS SHRIVER who died 1831 in Ross Co OH.

I went for several years w/o repairing the family tree, using notes that this LEWIS SHRIVER was actually the son of that FREDERICK WILLIAM SHRIVER and vice versa.  Finally, I just couldn't let it go any longer.

Fixing my Ancestry.com online tree was pretty simple and didn't take much time.  Fixing my MacFamilytree gedcom (which I upload to Rootsweb) was another story, and involved a process of tagging a couple hundred incorrect individuals and then deleting them, one by one.  It took hours.  Then I had to rebuild the tree with the correct information.

My Love/Hate Relationship with Ancestry.com--Revisited

Well, a year has passed since I wrote my blog entry entitled My Love/Hate Relationship with Ancestry.com.  Since it's time again to renew my subscription, I decided it was a good opportunity to revisit my opinions on the website!

Despite my continuing issues with Ancestry's search engine,  I have to say there is now more to love about the website.

Several months ago, Ancestry.com updated the format of their  online family trees. The upgrade looked so appealing that I decided to upload all of my gedcoms onto the websites' public family trees.

This time, no data was lost. The trees look marvelous and are easy to navigate.  I really LOVE some of the features of these trees, especially the ability to attach photos & scanned documents.  The shaking leaf "Ancestry hints" seem to be a bit more intriguing  and in some cases actually helpful (although I have already found census for most of ancestors through my gg grandparents).

The online trees are especially good for people just starting out building their family tree.  A friend and I recently started a small Genealogy group and some of the members have recently joined Ancestry so that they could start an online family tree.  The data entry process and step by step instructions are very user friendly.  Folks new to the format seem to really like it!

I have had two problems with my new Ancestry.com public online trees. Both involved photos. In one case, a person lifted the photo of my gg grandfather JOHN F MARTINE from my tree and attached it to their own completely different Martine family.  The person was not cooperative in removing the photo, and when I complained to Ancestry.com, their comment was that they "had no control over what people put in their trees".  I wrote about this in a previous blog post, posted it on Facebook, and even included research on the individual's family, so that they could see that my photo was NOT of his/her ancestor.  Eventually the person removed the photo.

I made my online trees private--briefly--then realized that I really wanted them to be public--despite the possibility that someone might nick my family photos in the future.  Because they are public, I frequently get contacted by other members researching the same families, which has been wonderful!

The second incident involved a person who found a box of unlabeled photos and surmised that they were members of my Martine/Miller family.  They were not. I contacted the individual through Ancestry.com and pointed out the error(s). Eventually the person emailed me, asking for family photos so that she could compare with the unlabeled photos in her possession. I sent them to her. She indicated that  she would remove the erroneous tree if my photos didn't match hers (which they don't).

In conclusion: kudos to Ancestry.com for adding more databases, for more access to more books and actual scanned documents, and for their new format online trees which are very user friendly, easy to navigate, and have great features.

That said,  new members should realize that there are A LOT of errors in Ancestry's public family trees, as people are allowed to merge their trees with other member's trees--whether the info is correct, or not. So, unfortunately, errors get replicated exponentially.

Please folks, do your own research, find primary documents, and use other member's public family trees as a way to get clues about your family!  And resist the urge to merge!!