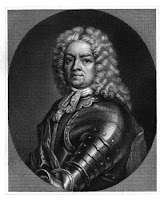 The last couple of weeks I have been enjoying Ancestry.com's new app, "We're Related", which attempts to match ancestors in your family tree with those of celebrities, politicians, historical figures, etc--mostly incorrectly--to see if you are related.  The fun is in finding out for sure,  yeah or nay.  The family tree information in the app comes from user submitted trees on Ancestry.com, so you can imagine the level of inaccuracy!

This has got me thinking again about how very important it is to thoroughly document & source your family tree, and not simply copy what you find in someone else's online family tree.

In my research over the past year I have found some really wild bloopers in online trees.  I'd thought I'd share a few here.

So without further ado, here are my "Genealogical Face Palm Awards" for 2016:


--THOMAS FRAZIER b 1725 (aka GEORGE THOMAS FRAZIER in many online trees, another error that also has been passed on exponentially, but ah, I digress....).  THOMAS FRAZIER b 1725 North Carolina, the Quaker, who  lived his entire life in North Carolina, who married MARY PUGH, and whose children, grandchildren & great grandchildren for the most part were Quakers, down to this very day, was in no way the son of SIMON FRASER, 11th LORD LOVAT  b 1667  & LADY KATHERINE MARGARET McKENZIE--whoever that was, if in fact she even existed!

SIMON FRASER 11th LORD LOVAT  was actually married three times; first a forced marriage to AMELIA MURRAY;  second in 1717 to MARGARET GRANT with whom he had five children: GEORGINA, JANET, SYBIL, SIMON & ALEXANDER; and after MARGARET's death in 1729 to PRIMROSE CAMPBELL, by whom he had one son, ARCHIBALD.

SIMON FRASER  11th LORD LOVAT, chief of clan Fraser, was convicted of treason after the battle of Culloden, and was beheaded at the Tower of London April 9, 1747.  He was a prominent historical figure, and is easily researched. He was absolutely not the father of THOMAS FRAZIER b 1725 (aka GEORGE THOMAS FRAZIER).


--NANCY MORGAN WHITECOTTON (?) born 1780 who married WILLIAM MANNING in Whitley Co Kentucky. She was not the daughter of ISAAC NEWTON WHITECOTTON b 1775 & ELIZABETH STUMP, who were  both born in Hampshire/Hardy Co Virginia (now W VA), and both died in Jackson Co Alabama.

NANCY was practically the same age as ISAAC NEWTON WHITECOTTON, so it would be biologically impossible for her to be ISAAC's daughter.  ISAAC & ELIZABETH did have a daughter named NANCY born circa 1800, but she married HIRAM ROSS and lived in Jackson Co & Marshall Co Alabama, according to census records 1830-1860.

WILLIAM MANNING, a blacksmith & wife NANCY age 75 & 70 respectively, were actually living in Whitley Co Kentucky at the time of the 1850 census. Sons WILLIAM MANNING Jr age 18 & JACOB MANNING age 16 were in the household.


--ANN DAWSON was not the wife of ISAAC THOMAS THOMPSON b circa 1754 of Rowan/Burke Co North Carolina.   There was a couple with these names, but the marriage record, available on FamilySearch.org, indicates this couple was married June 11, 1782,  in Skelton in Cleveland, York Co England.

ANN DAWSON absolutely could not be the correct spouse for ISAAC T THOMPSON of Burke Co NC for two reasons. One:  By his own admission in his Rev War Pension application, he had always resided in the same area of Rowan/Burke Co NC, all his life.  Two:  According to his Rev War pension record, he fought in the Revolutionary War, and in fact was still enlisted in 1782. The Revolutionary War did not end until 1783.  There is no way that a patriot fighting for liberty from England would drop everything, sail over to England to marry in 1782, and then return to fight some more!!

If you examine the 1800, 1810 and 1820 Burke Co NC census records, it becomes apparent that ISAAC T THOMPSON was married at least 3 times.  The names of his wives have never been determined. However, I now have numerous DNA matches to descendants of many of the families who lived in Rowan/Burke Co NC from the time that it was first settled:  HENNESSEE, NEILL, SHERRILL, BALLEW, CONNELLY.  This should come as no surprise, since this particular THOMPSON family lived in Rowan/Burke Co NC from about 1750 onward to the present.

And while we're at it: ISAAC THOMAS THOMPSON b circa 1754 Virginia  was NOT the son of JOHN THOMPSON born Nov 10, 1711 South Berwick, York Co Maine & MARY SUNLEY born March 28, 1703 Yorkshire, England.  ABSOLUTELY. NOT.  ISAAC by his own admission was born "near the Dan River" which was in Halifax/Pittsylvania Co Virginia, and moved to Rowan county North Carolina at a very young age.  He never lived in either England or Maine.


All the best for the New Year!