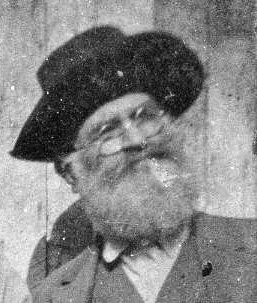 
And I had hoped that through DNA testing, I might be able to glean more information about the women in this line, as so many still remain anonymous, with no clues as to maiden names or family connections.

I first tested with 23andMe in 2010.  Since then, I have also tested with Family Tree DNA and Ancestry.com DNA.  But matches to my THOMPSON family were practically nonexistent, with only one verified X match that I received in 2013.

This struck me as really odd, since my great x 3 grandparents JOSEPH (aka ISAAC JOSEPH) THOMPSON & his wife JANE had sixteen known children,  and most of them survived to have enormously huge families of their own!

Finally, in the last two weeks, I have had a flurry of new DNA matches from descendants of this family! I suspect this is because DNA testing has become more affordable. Also, Family Tree DNA has recently offered "free" uploads of raw DNA data from 23andMe and Ancestry.com  (which actually cost $39 if you want to interact with the matches).

Here are the known children, as per census records, of JOSEPH (aka ISAAC JOSEPH) THOMPSON & JANE his wife, who married in Burke Co North Carolina, migrated in 1838 to Bradley Co Tennessee, migrated again in 1856 to Carroll Co Arkansas, and after the Civil War, moved to Christian, Webster, Greene, Douglas & Taney Co Missouri.


Here are the DNA matches I have so far from this family:

--Verified descendant of LOUISA THOMPSON & CHARLES HUGHES, through their son JOSEPH ALEVIS HUGHES (who was orphaned & raised in same household as my great grandmother SILOAMA WHITECOTTON).

--Verified X Chromosome match, descendant of LOUISA THOMPSON & CHARLES HUGHES, through their son JOSEPH ALEVIS HUGHES. The X chromosome in this case could have come from either JOSEPH or JANE THOMPSON, since LOUISA THOMPSON was their daughter, and females receive two X chromosomes, one from each parent.

Many of these DNA matches, my 4th-5th cousins,  also match each other on the same chromosomal locations. Plus several of them match descendants of a HENNESSEE family from Burke Co North Carolina, which lived next door to JOSEPH THOMPSON's father ISAAC THOMAS THOMPSON.

I am eager to find out more about this  HENNESSEE family of Burke Co North Carolina, as circumstantial evidence suggests intermarriage between the two families.