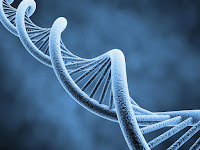 One of the benefits of testing with AncestryDNA is that it is possible to receive a very large number of DNA matches.  Currently I have nearly 25,000 matches on AncestryDNA, which is far more than one might receive from an autosomal DNA test with 23andMe or FamilyTree DNA.

While AncestryDNA has not yet offered a chromosome browser to allow folks to compare with others and find exactly where and on what chromosome the match occurs, this large number of matches & their family trees can be very helpful when you want to look at the big picture.

Which is exactly what I did this weekend.

The RIDDLE family was not part of the core group of Melungeon families who lived on Newman's Ridge in Hawkins/Hancock Co Tennessee.

However, MOSES RIDDLE/RIDLEY b about 1720 Virginia married MARY GIBSON, whose family was considered Melungeon. MOSES RIDDLE & MARY GIBSON were HAPPY RIDDLE's great grandparents.  See my previous blogpost about his ancestry.

I do have several DNA matches, which along with genealogical records, suggest that MINTTIE MAY BRUTON, my paternal grandmother,  descends from this particular RIDDLE family. Other paternal family members also have these same DNA matches.

On a whim, I decided to see if I was a DNA match to any of the other surnames from the core group of Melungeons who lived on the Flatt River in Orange Co North Carolina, who migrated through Pittsylvania, Montgomery & Lee Co Virginia, and who ended up on Newmans' Ridge Hawkins/Hancock Co Tennessee: COLLINS, GIBSON, BUNCH, BOWLIN, & GOINS/GOIN/GOING/GOWEN.

I was also surprised to find a significant number of  DNA matches with descendants of EDWARD "OLD NED" SIZEMORE, whose Y-DNA has been proven to be Native American. Like the RIDDLEs, the SIZEMOREs were not part of the core group of Melungeons, but intermarried with them before they migrated to Tennessee.

This is a new discovery, and I have not yet compiled data from the other testing companies.

I have no idea yet how these families intersect with my paternal family tree. I am missing a lot of women. WILLIAM GOIN born about 1680 & wife CATHERINE PATTERSON  lived in Stafford Co Virginia during the same time period that my WHITECOTTON ancestors lived there.

My great x 4 grandfather HENRY LANGFORD/LANKFORD purchased land May 1773 in Pittsylvania Co Virginia from DAVID GOING, a free person of color, and his wife MARTHA. The ancestry of HENRY's 2nd wife MARY, whom he married about 1782 in Surry Co North Carolina, is unknown. Could she have been the link with these Melungeon families?

Clearly, I have a lot of work to do!  But this is a very exciting discovery.